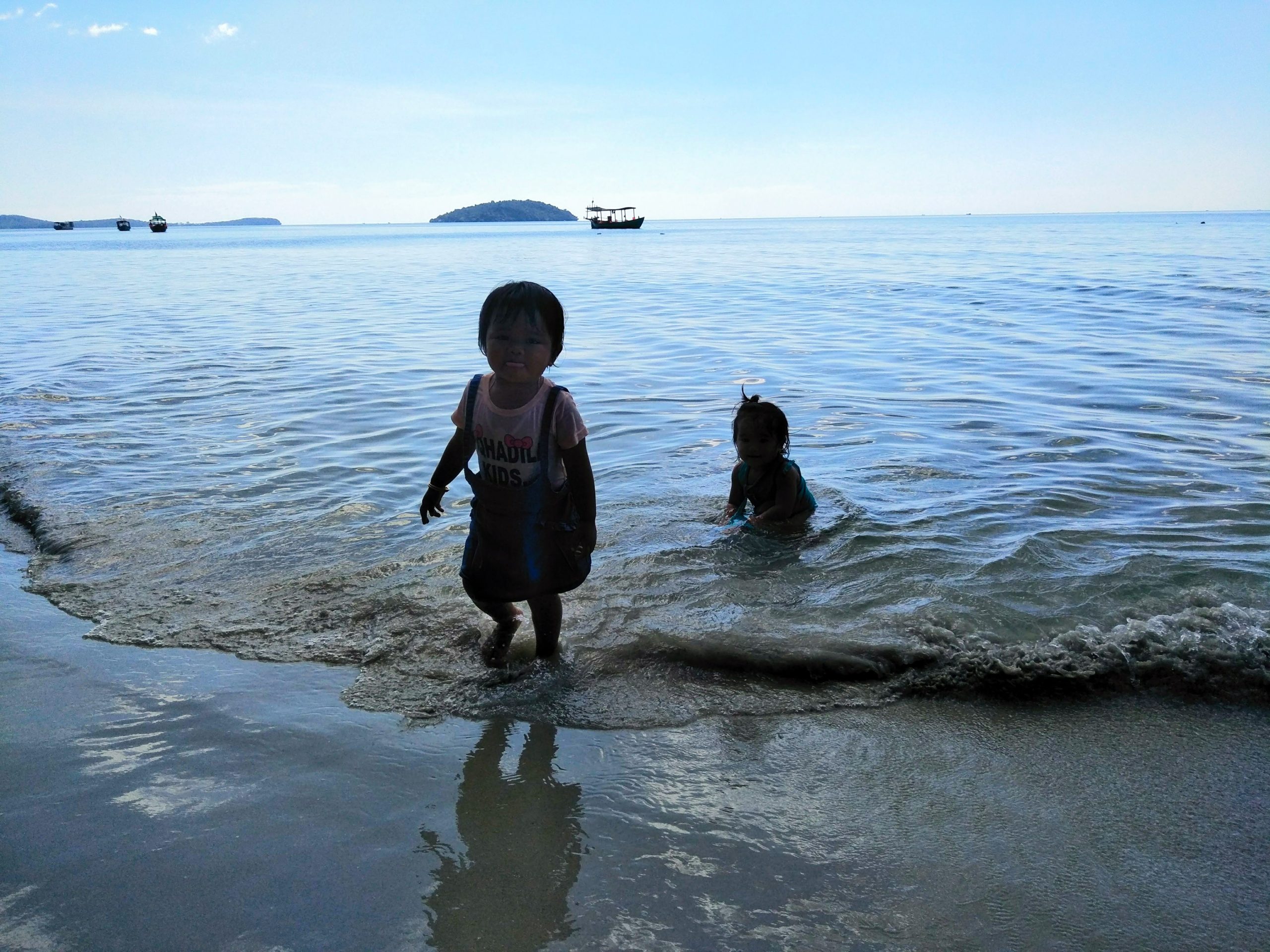 Obviously, if your intention is to visit Koh Rong or other islands in the area, then it makes complete sense to hang out in Sihanoukville, often also called just ‘Sihanouk’, too since your flights will be from there. There are a couple options available but most travellers decide between Otres 1 and Otres 2. I chose the latter because it’s less developed. And while I almost never ever travel to the same place twice, I have done so with Otres 2. As you can imagine, there was a reason for that. Of course! It’s simply because my first time there was nothing short of spectacular so I had to return a few months later.

However, on my very first day I wasn’t exactly stokes to be honest. Coming from Koh Rong I felt a slight disappointment over Otres 2, as quite logically I was expecting a similar environment to Koh Rong. By the same token, having read a host of raving reviews about this stretch of beach, I set my expectations indeed high. But, I should have known a couple things. Firstly, nothing compares to Koh Rong. Secondly, what others like may not be what you like. The truth is the first day here somewhat sucked as the sea looked terrible compared to the island. Luckily, it was just caused by unusual currents and even locals mentioned it was a rare occurrence to see the beach like that.

The awesomeness of everything just unfolded the very next day. I once heard from the mouth of an old, wise man I met while travelling in Greece that “there is enough bad in the world, but there is enough good too. Only that you have to look for it harder.” These words have always resonated with me and have been imprinted in my mind forever. For some reason though, the man’s spoken life wisdom resonated with me even more intensively right on the beach of Sihanoukville. I presume that when you travel to places which would seem to satisfy you on a spiritual level, you tend to meet similarly wired up and like-minded individuals. And that’s exactly what happened to me here in Sihanoukville.

I believe that apart from the wonderful surroundings and an amazingly chilled vibe I can honestly claim that I have never met a similarly tuned group of people at one place whom I would spend most of my time with. I tend to travel on my own and while meeting new people and hanging around is definitely part of it, I would rarely happen to plan to spend a day at one spot with the same people or even run into long-lasting bonds. However, when I do, they are amazing and definitely make up for the times of loneliness, albeit not necessarily unwanted.

My time at Otres 2 was always connected with meeting lovely people, foreigners and locals alike, with whom I created lasting memories, bringing smile to my face even today. And this is what Cambodia does to you, and this is what Sihanoukville did to me.

My favourite places to hang out during the day were Banana Beach Restaurant & Bungalows and on the second visit Bamboo Bistro. In the evenings, I would always make my way too the Secret Garden restaurant. It is supposed to be the best restaurant on the beach and in my opinion it is. The menu was unusually creative and boasted a variety of local and international dishes. My taste buds – and while I am not picky, I am not necessarily an easy ‘boarder’ either – were in heaven. My first choice would always be the beetroot salad and potato skins.

With one of my friends we also took a sunset boat trip which was simply amazing. There are a few day and evening trips available. There were guys on the beach selling those and if you befriended the good ones (sadly some of them were not exactly honest or fully transparent but they were certainly a minority), you could get great deals. Not that we befriended them for a better price, it simply happened as part of our beach shenanigans. It’s just for a couple dollars anyway, so it’s certainly not going to take a bite out of your travelling or whatever (retirement maybe?) budget.

Unfortunately though, the sad truth is that these names might be somewhat useless today because this wonderful beach is long gone. When I was there I could already see the dark days looming over Sihanoukville. Ugly buildings were being built along the coast and widespread rumours of Chinese takeover heralded the dark days.

Today the rumours have become a harsh reality and instead of lovely vibe, the city faces a problem with pollution blown to immense proportions, gamble due to mushrooming of casinos, elevated prices as a result of targeting affluent and Chinese only clientele, local businesses dying and locals not making any profits whatsoever. While a year ago I would definitely encourage you to travel to Sihanoukville, today I care to do quite the opposite. It would be great to support the locals so they have a chance to pick up from the ground the government has sent them to so mercilessly. But I should say think twice because that would mean you might be in for some colossal disappointment.

These photos are now only a bitter memory as the pristine beach and waters you can see all around have been quickly converted into a dumping site where instead of smiling locals you will just bump into piles of trash. A place which was thriving and its tourism practically booming has now been abandoned, leaving many locals jobless.

Here is a link to an article and a video describing the situation perfectly. Unfortunately, the video was made just at the beginning. Today the apocalypse has taken on huge dimensions.

Recent news from Sihanoukville suggests that the local government have started taking measures such as banning gamble which would draw huge culture as well as city polluting crowds away and potentially help start a restoration process. It will be hard as the ugly buildings are there, but let’s see. After all, the charm of a place is created by its people. I really hope they get a chance here again, in their own land.